- Vijay Shekhar Sharma's father was a school teacher in Aligarh.
- He spend his savings first and then took a loan for his business.
- After Paytm IPO - The company valuation might hit around 2 lakh crore.

As per the market speculations the Paytm IPO might hit the market in end of 2021. Paytm is one of the biggest digital payment platform. The company will become public in the end of 2021. The IPO might launch in the October - December 2021 quarter. The initial public offer might be around 22000 crores. It will be the biggest IPO of all time if it hit the market. The Coal India raised 15475 crores in 2010 that is still No.1.

It was in 2011 (around 10 years back) he tweeted that "A Smartphone can do everything. Like creating new business models". It was a time when Paytm app was not launched. At that time he had a vision of how Paytm will take over the digital payments in India and become the top company in digital payments. 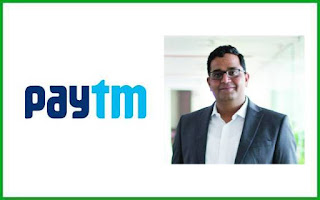 Vijay Shekhar Sharma is from Aligarh where his father was a school teacher. He studied in Hindi medium till 12th standard. For graduation he went to Delhi and there with studies he started a website called Indiasit.net. He sold the same in the next 2 years and earned in lakh. He started his vision from there as an entrepreneur.

In 2001, Vijay started a One97. It is the parent company of Paytm. For a startup he took a loan of 8 lakh. It was a tough time for him to repay the loan but then he started guest lectures and setting up LAN connections. He had the guts and the given time raised his fortune to become one of the youngest billionaire of India with 1567th rank in World's Billionaire’s List by Forbes.

In 2011 he started mobile payment services and then in 2014 the company launched mobile wallet. It was in November 2016 when Indian government announced demonetization to crack down the black money market, money laundering & terrorist funding via high-value currency notes. At that time people started using digital payments. It was the biggest boost they got and gained tremendously from demonetization. There were 12.5 crore consumers with Paytm in first 6 years of launch. After demonetization Paytm witnessed 435% traffic boost and around 250% transaction increase. After 6 months of demonetization Alibaba Group and SAIF Partners invested 1500 crores in Paytm. Paytm also sponsored Indian Cricket Team and the company has a good brand value.

Vijay had a wealth around 18000 crore reported in 2018. The company reported net loss of ₹2833 crores in FY20 according to ETTech.

Note: The information given above are added after research from internet. We added the sources where required. If anyone have any issues regarding content and images please email us on ipowatchinfo(at)gmail(dot)com