Team IPOWatch December 09, 2018
As we all know the IPO market was booming in 2016 and 2017 while 2018 was a year to remember for the primary market. In the early stage of the 2018 ipos which gave a good returns like Aster DM and Apollo Microsystems in the early stage. HDFC AMC was the hit of the year as it gave a superb returns on the listing day though the market corrected and majority stocks came down but still the good companies stayed above the ipo prices. 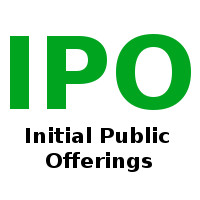 The major ipos which pushed down level was the PSUs in which just Midhani able to gave a handsome returns while Bharat Dynamics and Hindustan Aeronautics was not able to hit the market on positive node. The grey market was looking good in the start of the ipos and then somehow the primary market ipo listing went to red on listing day.

There were few other names which we can remember like RITES and Bandhan Bank which were also a good return making companies on the listing day and it able to cross highs again and again after listing. Now lets talk about the ipo market which is looking dull for last few months.

TRADE WAR:
As we all know trade war between USA and China made a huge difference to world market. The market seems to be choppy in the initial level and not able to sustain in green. It came out with lots of negatives and the market went down further and the primary market was not able to sustain as well. Dinesh Engineers withdraw the ipo at the last time as the low subscription numbers were there. Trade war was not for the 2 countries but affected whole world and Indian primary market seems to be a empty pot in last 3 months or so.

CRUDE OIL:
The crude oil prices are being very high in last quarter and it seems to be settle for last few weeks but it was another point where inflation goes high and market not able to sustain on the higher level. The selling pressure came up and it gave primary market a little break in last 3 months. The quarter seems empty for last few months but we can expect a good go in the coming months of 2019.

ELECTION:
Its a time for another roller coaster ride for the stock market as the State elections in Rajasthan, Chattisgarh, Mizoram and Madhya Pradesh can cause more issues in the stability of the market. The results seems to be reverse for BJP as per the Exit Polls and it will surely came up with negative effect for the market. Les see how market will get the positive breath for the market. This was one of the reason companies are not coming up with the initial public offers.

IPOs in 2019:
As the 2018 almost gone we can expect fresh ipos to come up in early 2019 but it will be on the market situation where companies will feel the secure to get the offer going. As the market is not in the stable mode we can expect something positive to get going for the companies. Even the good companies are not getting the good response in choppy market. Grey market not able to sustain as well. Let's hope for better year ahead.