Team IPOWatch January 02, 2019
There were always a good and bad returns in the stock market and the 2018 was the same. It was good in the early 2018 but after August it went down with the negatives all around the world. First it was a US-China trade war and then it was the Crude Oil prices and then after $ climbing high. The investors was in a two mind weather go for the investment or not. Even the long term investment in the portfolio came down as well. Few of the stocks rise and then sudden fall came up. It was a year with to remember few scripts which plunged from high to the bottom and gave a negative returns over 50%. 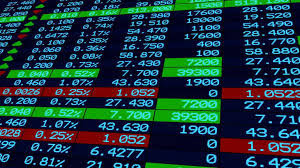 Firstly came in the mind is PC Jeweller which was down over 80% in 2018 from 456 to 87. It was a roller coaster ride for the investors in PC Jewellers which was high in turn over and less in returns. Still there is few things to watch as you go long in such companies or get out of the same. Few other companies like Manpasand which plunged from 436 to 88 in 2018 and it was around 80% down from the price of december 2017. It was going good but few news gave a negative sentiment and it came down.

JP Associates, Shankar Building, Navkar Corporation and Jindal Stainless also in the list of BSE 500 with over 65% negative returns. Here comes Jet Airways which was down due to the loss they are making and due to debt as well. Lets see how it will come up but the stock down from 831 to 276 which is around 67%. Infibeam Avenues also a stock to watch as it was going great in the early 2018 with high of around 240+ and then suddenly came down to 40 level in a 1 day due to some whatsapp messages about companies as they reported to the media. The stock is stable at 50 level but from December 2017 it came down around 66%.

Vodafone Idea also joined the losers list which is down by 65%. It was expected to get a good going after the merger with Vodafone but it did not came up as per the expectations and it came down from 108 to 37 level in december 2018. Suzlon is another company who become penny stock in  2018 with Jaiprakash Associates and they came to a single digit.


It was a ups and downs in the market but these stocks not able to recover from where they fall. It was a free fall in few of the companies like PC Jewellers, DHFL, Jaiprakash Associates, Infibeam Avenues and more.