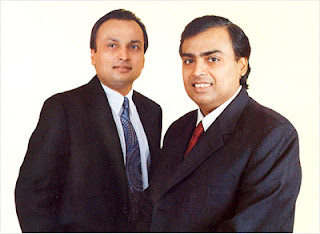 What the Supreme Court says

RIL does not have absolute marketing right over gas; price subject to government approval

Terms of production sharing contract will have over-riding effect

Gas is government asset till it reaches consumer

Supreme Court holds petition filed by RNRL before company court as maintainable, as court had sanctioned the original demerger scheme.

Ambani family MoU technically not binding, as it's between two brothers - Anil and Mukesh and mother Kokilaben, and three million shareholders of RIL-RNRL did not know its contents.

Since MoU not made public, it doesn't fall in corporate domain

Suitable arrangement must not be suitable only for RIL, but also for shareholders of RNRL and it's RIL's obligation to look after it

On Govt role, SC says since gas is national asset public interest has to be looked into first

Justice B Sudershan Reddy, however, says family MoU cannot be taken into consideration at all

Reactions:
Anil Ambani leaves court without offering any comments on the verdict