Finance Minister P Chidambaram said the main drivers will continue to be petroleum, iron and steel products, reports CNBC-TV18. He also said that fuel and power prices have stabilised after a sharp rise.

“There is a rise in prices of manufactured products, despite a year-on-year (YoY) drop in commodities. The pace in price rise of essential commodities is slower than last week.”

Indranil Pan of Kotak Mahindra Bank sees a 25bps repo arte hike by the RBI on July 29 and an overall 50 bps hike in this financial year. He also sees a CRR hike in the days ahead given the liquidity in the economy. He expects inflation to touch 13% going forward. He sees GDP at 7.5 to 7.8% this year.

Gaurav Kapur of ABN Amro Bank feels that over the next couple of months, things can only worsen from hereon. So by the time we reach the monetary policy, we could still pretty much have the number in the vicinity of 12.5-13%.

Shubhada Rao,Chief Economist ,Yes Bank has said that the inflation numbers are not a comforting number looking at the index week-on-week. She said that since early May, the average number that has been going up is by 0.8 ticks. "Going forward, we are not really optimistic about any lowering of this kind of a trend."

According the Rao, in couple of weeks from now inflation could possibly be seen cross well over 12%, given this trend and the news flows in terms of aviation turbine fuel (ATF), steel prices or even the second order impact in terms of primary articles fruits, vegetables, transportation cost being built in and the cement prices being marginally hiked in the south all these news flows do not add to comfort.

Speaking to CNBC-TV18, Rao said that the Reserve Bank of India (RBI) will walk into the monetary policy on July 29 with inflation ruling well over 12%. She believes that means RBI will review its fixed rate once again, perhaps 50 bps was taking the cue that inflation will be between 11.5% to 12.5% but between these weeks if there are a few more nasty surprises like this then in just a couple of weeks it would have crossed well over 12.5%. "We cannot really rule out a repo rate hike but at this point in time RBI may look at inflation crossing well over 13% or so."

Amit Dalal of Amit Nalin Securities feels that there is definitely going to be more of a negative impact on interest rate sensitive stocks. “Companies that have gone into a mode of high capital employed capex programmes will have high cost of productions. Those sectors are real estate, auto, where we have to be very concerned,” he said.

According to Dalal, if one looks at the volatility that has been seeing during the last ten days, it is obviously impossible for one to forecast how the market trend can be, in terms of looking at price of oil. “The fall in the market that has come in the last two weeks which is down to 3,000 points from where we were. It has taken into account the fact that earnings are going to be impacted by this high inflationary period ahead of us. Therefore, we are now discounting earnings at a much lower level for FY09 and even FY10. The positive lining in the cloud is that we have now completely differentiated our investment opportunities from investment laggards. There are certain sectors, which are dependent on borrowings like infrastructure, auto companies are dependent on consumer borrowings and these are going to be laggards for a long time to come,” Dalal added. 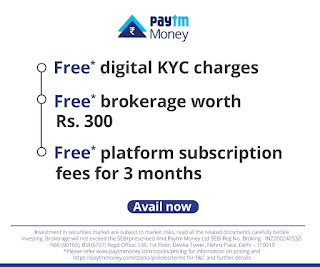