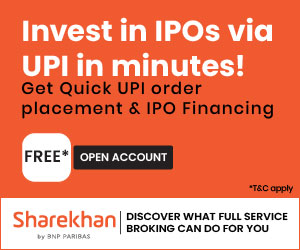 Unknown February 27, 2008
2/26/2008 11:03:57 PM Global cues are pointing towards a higher opening for the Indian market on Wednesday. However, the volatility is likely to be high in view of the expiry of February futures contracts on Thursday. Additionally, the Finance Minister will present the Budget for 2008-2009 on Friday.

The U.S. stocks extended their gains for a third day on Tuesday after IBM announced a share buyback plan. The major markets across the Asia-Pacific region are trading higher on Wednesday, tracking the positive lead from Wall Street.

However, the U.S. recession fears continue to persist as revealed by two economic reports. The Conference Board's index of consumer confidence dropped to 75.0 in February from a revised 87.3 in January, the lowest since February 2003, while the latest wholesale inflation report showed producer prices rose by 1.0% in January.The data reinforced worries that the U.S. is suffering from stagflation, a state when the economy weakens amid rising costs.

Crude oil surged Tuesday to a record high after the U.S. dollar dropped to an all-time low against the euro. Crude oil for April delivery rose by US$1.65 to settle at US$100.88 a barrel on the NYMEX. In Asian deals Wednesday, crude was trading at US$101.04 at 8:59 a.m. IST.

The turnover in the Bombay Stock Exchange was Rs. 4,844.22 crore and that in the National Stock Exchange totaled Rs. 11,061.20 crore. According to provisional data revealed by the NSE, Foreign Institutional Investors were net sellers for Rs. 31.99 crore on the NSE and the BSE in the capital market segment, but turned net buyers for Rs. 1,193.21 crore on the futures & options segment on Tuesday.